On the one hand, the exhibition illustrates the world of the Geishas, the young courtesans who embodied the ideals of beauty and sensuality in 19th century Japan.

On the other, we discover the Samurais, tribal warriors who were the archetype of the solitary hero, merciless on the battlefield and loyal in times of peace.

The superb pictures produced by the old masters, Hokusai, Kuniyoshi, Kunisada and Hiroshigue, for example, introduce us into the world of old Japan, a universe of feelings and passions, history and legend, to be discovered from these prints, photographs and original artefacts. 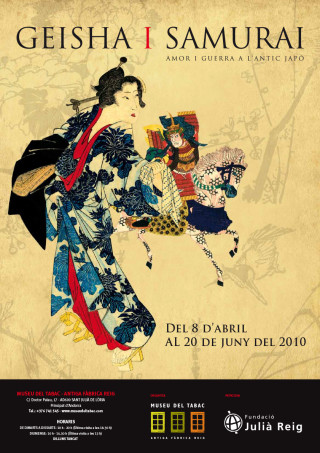